This special edition of the Native Plant News is honoring Dr. Larry Mellichamp in his own words and in the memories and reminiscences of NC Native Plant Society members. Many people all over mourned the passing of Larry Mellichamp on September 12, 2022. Dr. M, or Larry as he was most often known, was a well-known college professor, researcher, horticulturist, and expert in carnivorous and native plants. When he and his wife Audrey became life members of the NC Wildflower Preservation Society (later the NC Native Plant Society) in the mid 1980s it soon became apparent we were lucky.

As a volunteer-run organization of statewide reach, the focus and effectiveness of the organization depends on who shows up. Larry showed up at most of the events, led many walks, and gave many talks as we met at various locations around the state. One of our traditional activities to raise money for scholarships is to have plant sales and auctions. Larry knew how to sell plants. Not only could he teach people enough about a native plant that they were eager to buy, but he knew the point of fundraising and could get good prices for nice specimens during his educational and entertaining auctions. We were very lucky to have him.

The effectiveness of the organizations is also determined by who steps up to lead. Larry stepped up to join the board of directors, served on several committees, chaired the Habitat Certification committee, and ultimately became president. He was also active in his local chapter. Larry had a vision of what this organization could be and made many important contributions to modernize the organization, follow the science, and broaden our reach and impact for the benefit of native plants. Good ideas, good leadership – we were indeed very, very lucky.

All who knew Larry at NCNPS grew and learned and became friends. Our organization will be forever better for his contributions and his presence will be continually felt by all who had the pleasure of knowing him. 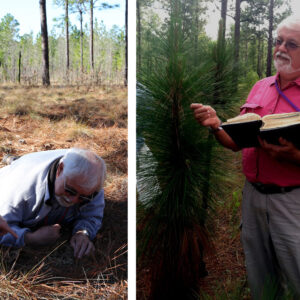 Larry was always a leader from the beginning of his […] 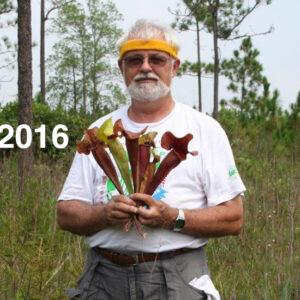 Here’s a great slideshow from Larry Mellichamp’s world of beauty, […] 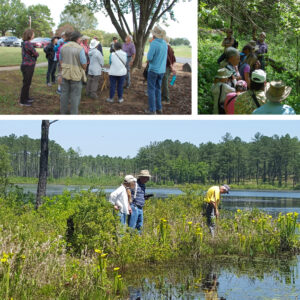 He understood the importance of our state’s natural heritage. He […] 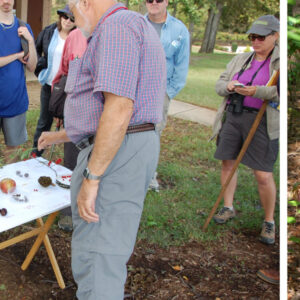 Larry taught many, many students how to collect, store, and […] 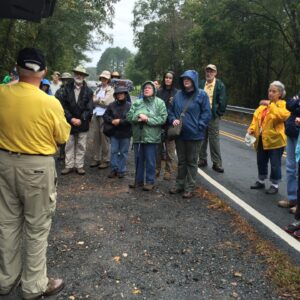 Do we have a chance to protect these special places? […] 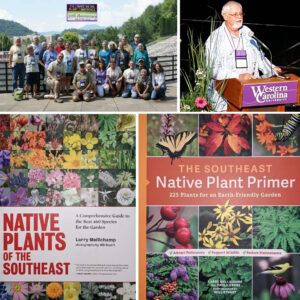 When Larry Mellichamp spoke at the 2022 Cullowhee Native Plant […]

As you can tell from reading the many memories and tributes, beyond loving plants, Larry loved people. His warmth and openness were reflected in the many individual NCNPS members he reached through hikes he guided, lectures and presentations he shared, plants he talked us into buying, or seeds he encouraged us to try. Larry was giving with his time, dedicating nights and weekends to many NCNPS and other plant related events. We are grateful to his wife Audrey and daughter Suzanne for sharing Larry with us so generously over the years. We can all carry Larry’s legacy with us as we visit the plants Larry talked about in our home gardens, on North Carolina’s trails, or in Larry’s home campus garden at UNC Charlotte’s Botanical Gardens and native Mellichamp Terrace. Larry truly embodied the slogan he and Paula created, “Sharing the world of plants with people.” And as President Ken Bridle says – We were lucky. 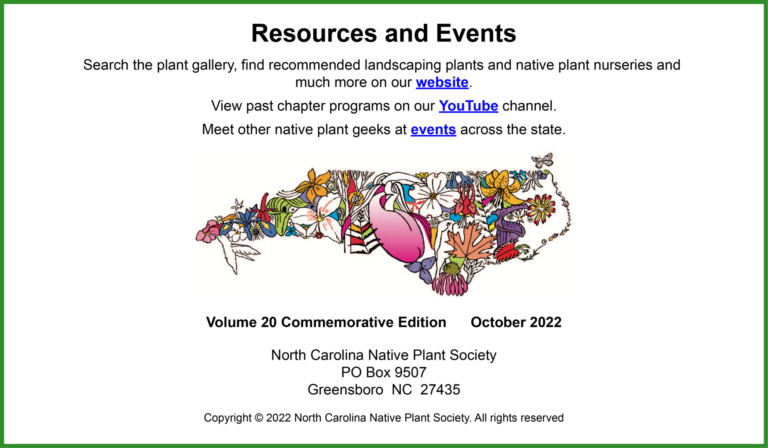